ATMAX Equipment Co. was started in 2001 by Tim Ward and his father, David Ward Jr., to build compact equipment for the landscaping and construction industries that would greatly improve the productivity and profitability of companies.  By 2006, ATMAX had developed the worlds only rubber tracked, truck mounted forklift for delivery sod and building material.  However, the Great Recession hit in 2008 and ATMAX quickly realized it needed to change directions. Tim saw an opportunity with industrial mower industry and developed a compact, heavy-duty, wide area mower for governments called the MowerMax.  This lead to the development of the western hemisphere’s first purpose built boom mower that was designed from the ground up to be far superior to the antiquated tractor-mounted boom mower!

The MowerMax Boom Mower is a transformative boom mowing machine with simple joystick controls, a tilt steering column with telescoping steering wheel, a plush, air-ride seat with tilt & lumbar and an 6.2in AM/FM/DVD stereo with Bluetooth and optional backup camera!

SIMPLY THE BEST BOOM MOWER ON THE MARKET!!

Introducing the Revolutionary, 2nd Generation, Tier 4 MowerMax Boom Mower – designed and purpose-built from the ground up to be far superior to the antiquated tractor-mounted boom mower! The MowerMax Boom has Incomparable Visibility, Optimum Stability, Outstanding Maneuverability and Serious Versatility! Also, the Mowermax now has a 130HP Cummins Tier 4 engine! 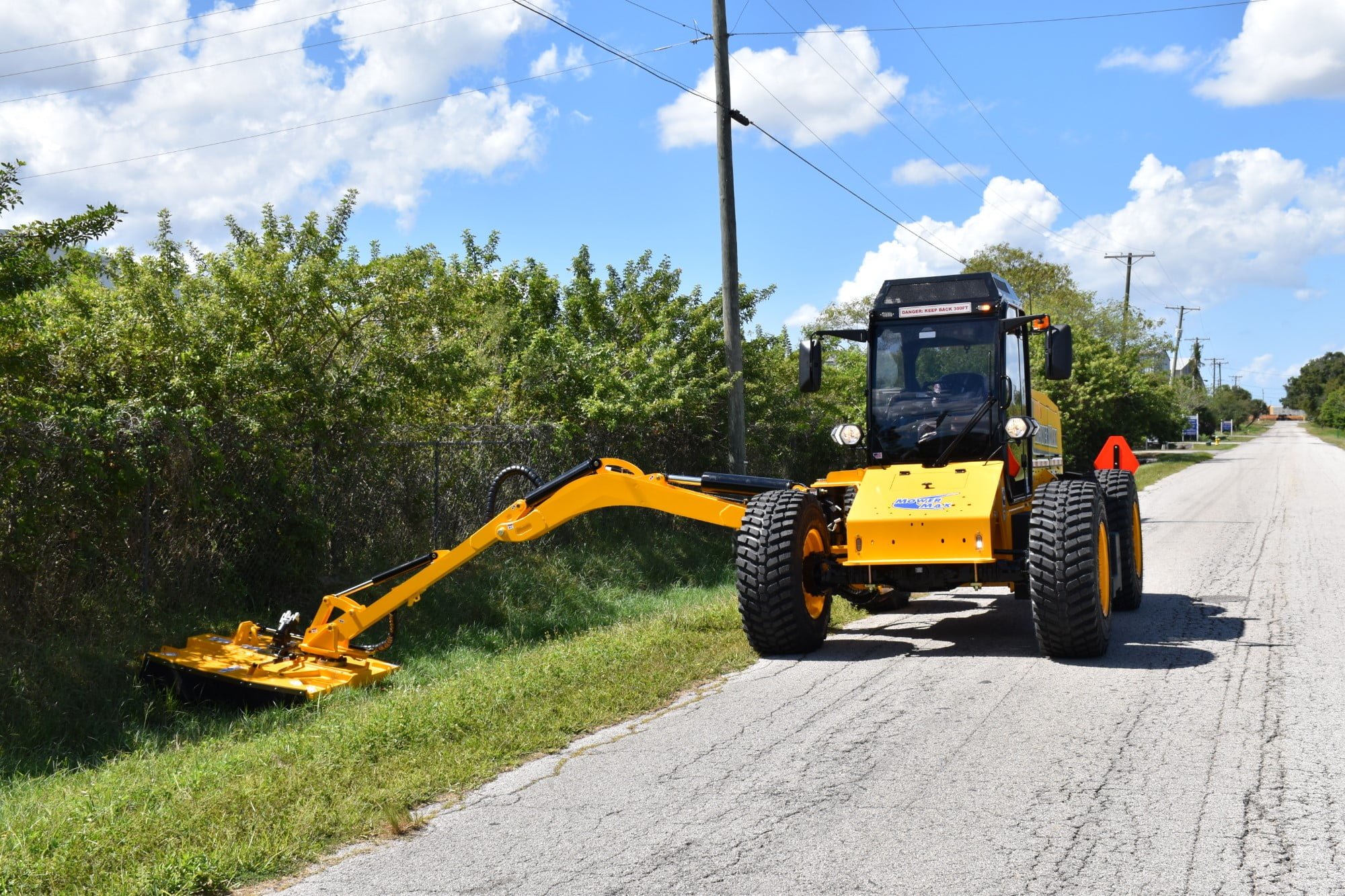 The 2nd Generation MowerMax Muni is currently being redesigned with a new 173HP Cummins Stage V engine.  ATMAX hopes to have it available by Fall of 2020.

Get In Touch with Us

Have questions about our equipment?

Made with ❤ by Crafting Hand